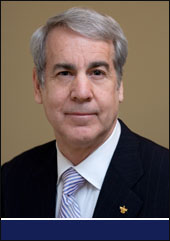 Kit Darby was the president of Aviation Information Resources (AIR, Inc.) from 1989 to 2009. He was a B737-300/800 and B717 Simulator and Ground Instructor for Boeing in Atlanta, GA from 2007-2014, and is currently an ATP-CTP instructor for Delta Global Services . A retired B767 captain with United Airlines, Mr. Darby has interviewed 21 times with 17 different airlines and worked with four majors and one national airline since 1978. 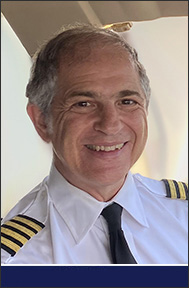 Daniel received at Bachelors Degree in economics and history from Muir College at the University of California-San Diego in 1988. During college he worked as an analyst in the schedule planning department at Pacific Southwest Airlines.

Following graduation he obtained his private, instrument and commercial certificates and was a flight instructor for three years in the Los Angeles area. Gradwohl went on to fly six different aircraft types at Ameriflight from 1992-1995 before joining Ryan International Airlines on the Boeing 727-100/200. In 1997 he was hired by Northwest Airlines and has worked as a second officer on the airline’s DC-10s and B747-200s. He is currently a B-767 Captain for Delta Air Lines. 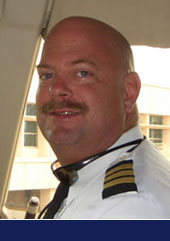 Mike Moffett is a major airline captain who has accumulated more than 20,000 during his 31-year career. In addition to his current position as an Airbus 320 captain, he has ratings in B-757, B-767, B-737, DC9, and ATR-72 aircraft and has accumulated north of 20,000 flight hours spread among seven carriers. He also served his airline as an instructor and Proficiency Check Pilot for five years.

Mike has been affiliated with Kit Darby for more than 22 years serving in a variety of roles including workshop presenter, data miner, face-to-face pilot counselor and for 12 years as a feature writer and “Ask the Counselor” columnist for the Airline Pilot Careers Magazine.

Moffett grew up in Southern California where he attended the University of California, San Diego, earning degrees in Communication and Economics. 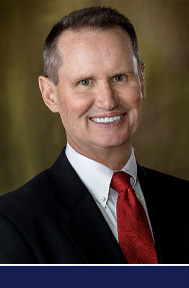 Charles R. Barnett III is an aviation attorney based in Lake In The Hills, Illinois, at the Lake In The Hill Airport (3CK). Mr. Barnett represents pilots and mechanics throughout the world in enforcement actions before the Federal Aviation Administration and the National Transportation Safety Board. In addition, he represents pilots and air traffic controllers seeking assistance with FAA medical certification issues.

He has been flying airplanes since he was 16 years old. After 8 years of active duty flying in the United States Air Force flying B-52 and B-1 bombers, Mr. Barnett was hired by a major airline and currently serves as a captain on the Boeing 737 flying both international and domestic routes. He holds an ATP certificate and is currently type-rated in the Boeing 737, 757, 767 and 777 aircraft, and has accumulated over 15,000 hours of flying time. He is married and the proud father of four children.

Currently employed with a major airline as a captain on Boeing 737 aircraft operating on international and domestic flights. Logged over 12,000 hours flying time without accident or incident. Over 9,000 hours as an airline transport pilot. Aircraft piloted include Fokker 100, Boeing 737, Boeing 757, Boeing 767, and Boeing 777. Flew as a flight engineer on Boeing 727. 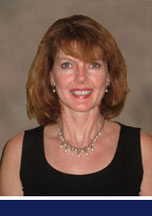 Jo has a BA in Communications from the University of Wisconsin-Milwaukee. She worked as a radio news reporter prior to entering the aviation field.

Jo is employed full-time as a major airline pilot and is type rated in the A320, B767, B737 and Citation X. She has served as a Captain on the A320 and flight engineer and first officer on the B727/B-737. Her career trajectory began as a flight attendant, working on her flight ratings and certificates on her days off. She has also worked as a flight instructor and contract pilot for the Department of Defense Military Courier Service as well as a NetJets and as a Regional airline pilot.

Tweets by @KitDarby Tweets about "#airlines"

Major carriers, including United and Southwest, are trying new tricks to recruit badly-needed pilots. American airlines are facing a very real shortage of people who can fly their planes, and it’s not just because an estimated 5,000 US airline pilots retired early...

Some U.S. airline operations were constrained this summer as carriers worked to catch up with training for pilots who were on leave during worst days of the Covid-19 crisis. But experts expect the return of a more structural pilot shortage in the coming years as...

From furlough warning to promotion in a year: Voluntary exits during COVID compound a loomi... Subscription Required Source

Travel Is Bouncing Back Strong, and Airlines Are Racing to Keep Up – WSJ

PHOTO: DAVID ZALUBOWSKI/ASSOCIATED PRESS Passengers have flocked back to airports more quickly than airlines anticipated, triggering headaches like delayed and canceled flights and highlighting the complexity of resurrecting the industry after more than a year of...

You completed college and got good grades, learned to fly with no failures along the way, have a clean driving record, and finally built the required 1,500 flight hours, and now an airline wants you to talk about it in a Zoom call—Argh! Source